I was hired way back in 2019 by Erica and Russ for their West Yorkshire wedding! They must’ve had some kind of sixth sense because they booked their wedding in 2019, for it to take place in 2022! This meant they leapfrogged the whole covid-disrupting-weddings debacle. Talk about good luck! They were literally the only couple that were unaffected by it all in my whole calendar as a wedding singer in Yorkshire!

Erica and Russ had their ceremony in a church and then moved onto the wedding venue for the rest of the day. They were married at a beautiful local church that felt full of history and had many beautiful details. Quite often at church weddings, I’ll just play as guest are seated and perhaps outside as pictures are taken. But, I had a much more central role for Erica and Russ’ ceremony.

I entertained the guests with some fitting music as everyone filed in and was seated; then the church organist played the traditional aisle walk music. The happy couple had chosen two hymns to be part of the ceremony and I cued them up through my system. But, they also asked me to sing Ave Maria by Beyonce as part of the ceremony and I was VERY happy to do so. It’s something I’ve never done before, so it was a total pleasure. My next job was to sing during the signing of the register. They chose the tracks ‘You’ll Never Walk Alone’ and ‘Time of Your Life By Greenday.’ I wish Liverpool hadn’t adopted ‘You’ll Never Walk Alone’ as their anthem because I LOVED learning that tune. I would sing it at every wedding if I could get away with it!

Then, it was just down to the organist to play the classic church wedding exit music and we had a newly married couple! I entertained the guests as some more as pictures were taken by their photographers Alex and Janet Durasow. And then it was time for us all to head up to the wonderful Oulton Hall! 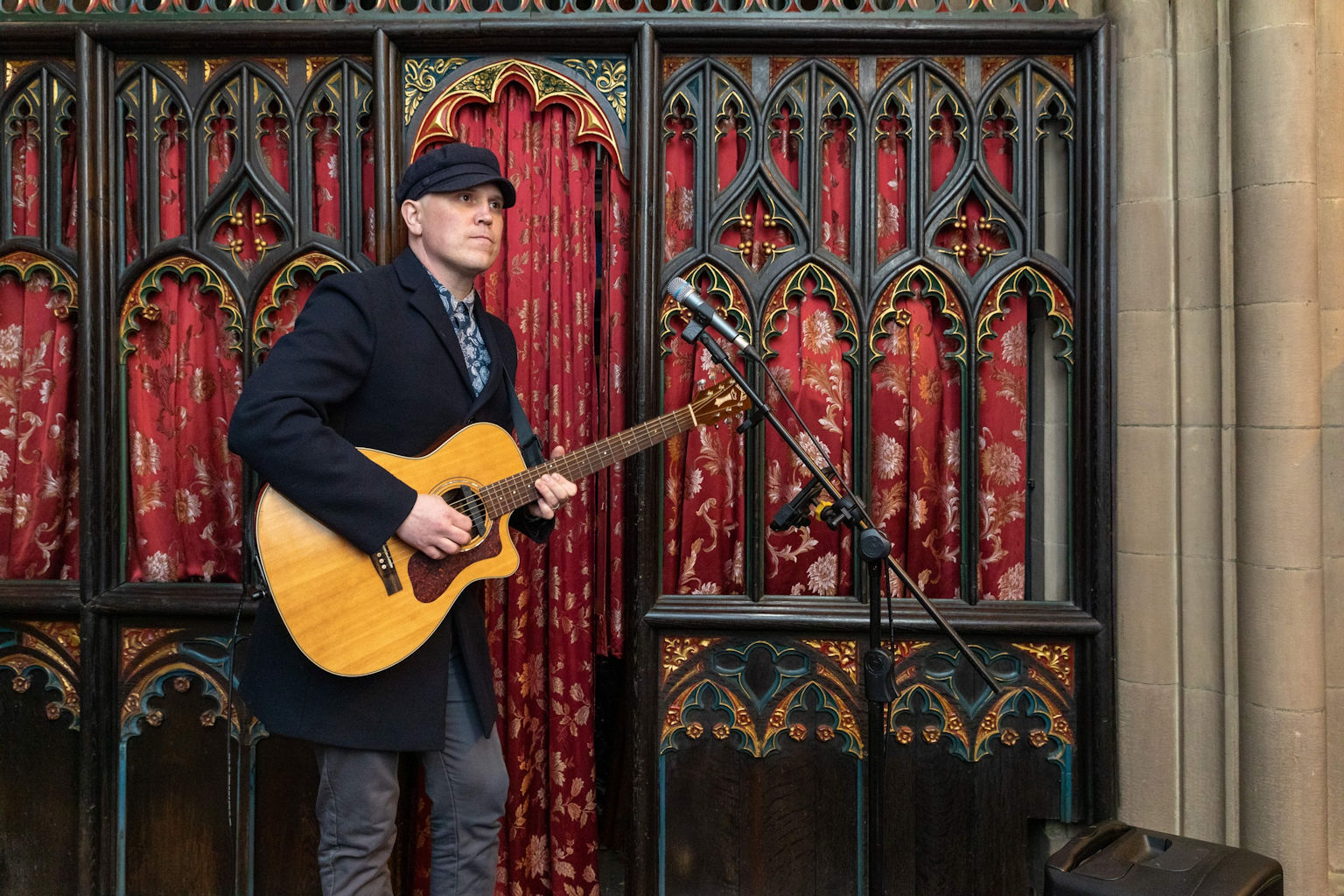 Once we arrived at Oulton Hall, I played upbeat acoustic sessions as people chatted and drank champagne with the happy couple! I took some requests and even pinched the odd canape to keep my energy up until it was time for a rest as everyone enjoyed the beautiful wedding breakfast. Once the customary speeches and dining were taken care of, it was time for the evening celebrations to begin! This is the fun of being a wedding singer in Leeds at a West Yorkshire wedding. Always a good crowd!

Erica and Russ had me do something a little different for their first dance too. They chose the track ‘You’re The Inspiration.’ They were sure they wanted the original recording. BUT, they were also very sure they didn’t wanna dance throughout the full 4 minutes! So, they had me do an edited version for them that lasted about 1 minute 40 seconds. By getting rid of the second verse, chorus and guitar solo, I was able to make this a much more acceptable time to them for their first dance. 🙂

From that point on we had a bit of everything – DJ sets, live anthems singalongs in the wee hours, gatecrashers, something for the kids…… and most importantly lots of hugs, kisses, smiles and laughter. A job well done, I think. But, I would say that – I’m biased! 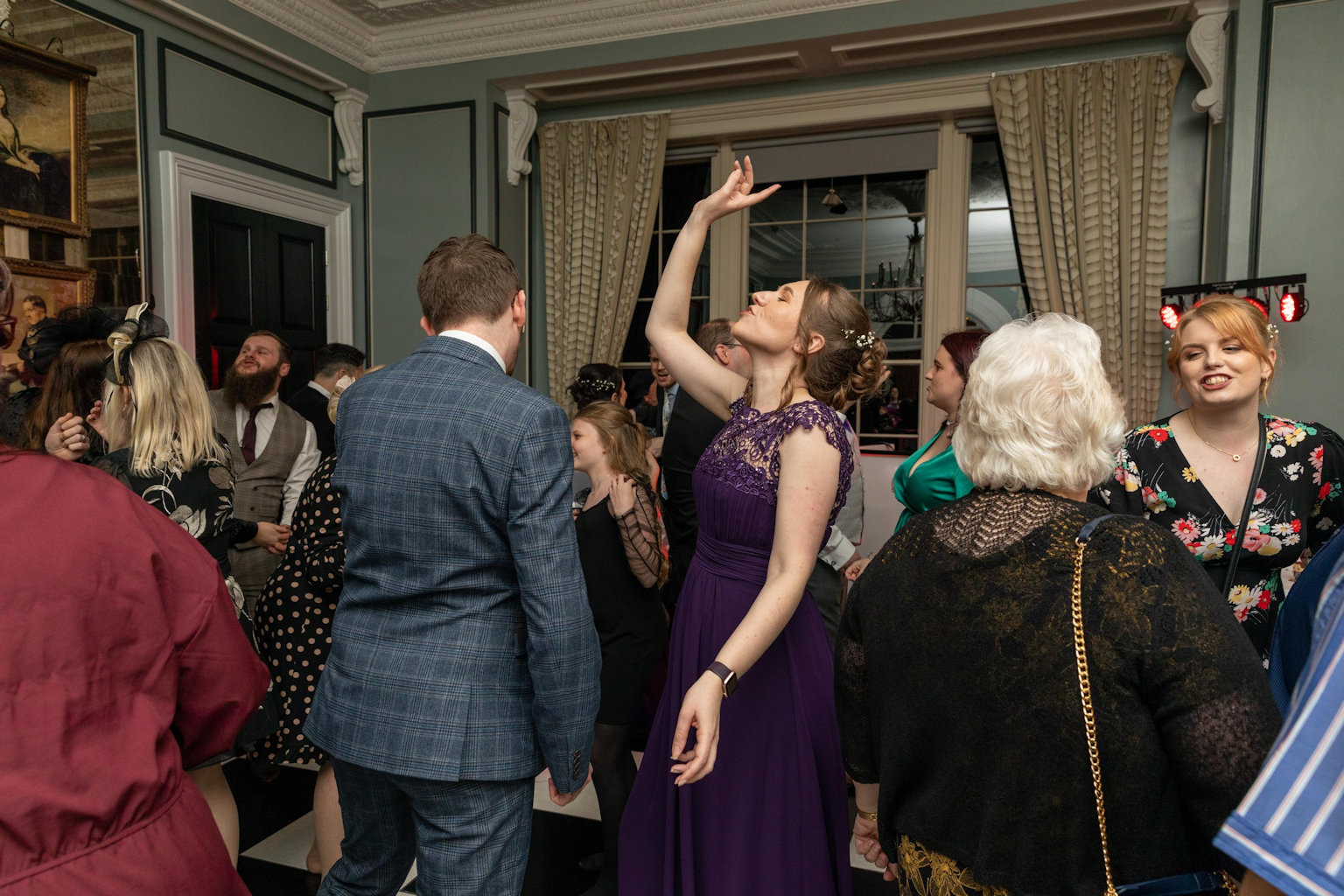 As a wedding guitarist I can fit into ANY situation. From quiet instrumental guitar West Yorkshire wedding music to upbeat covers to fill a dance floor! A chilled acoustic session to a guitar soloing, drum looping, bass pumping full band sound! From very quiet to VERY loud!

I play over 300 well known hits from all eras! Including songs by artists such as Ed Sheeran, The Beatles, Oasis and George Ezra. All the way through to rock classics by Queen, Bryan Adams, Kings Of Leon and many more! 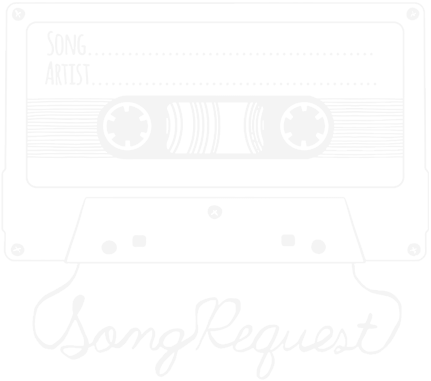 What my customers Say 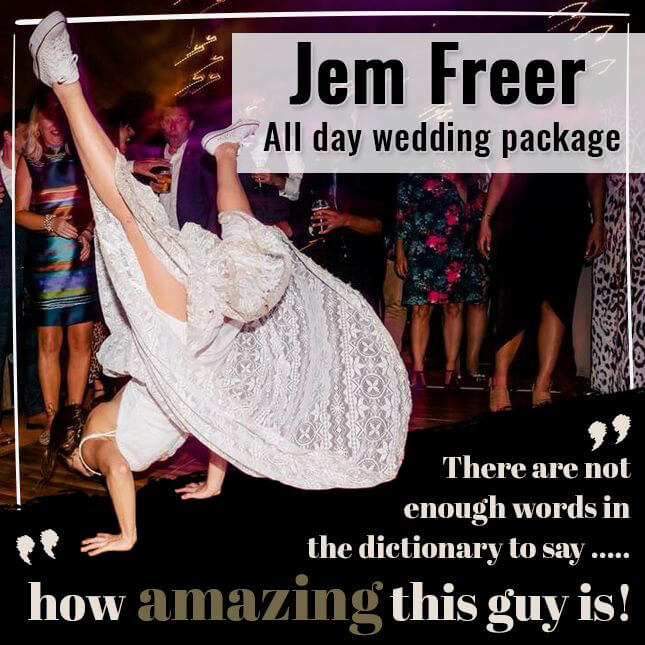 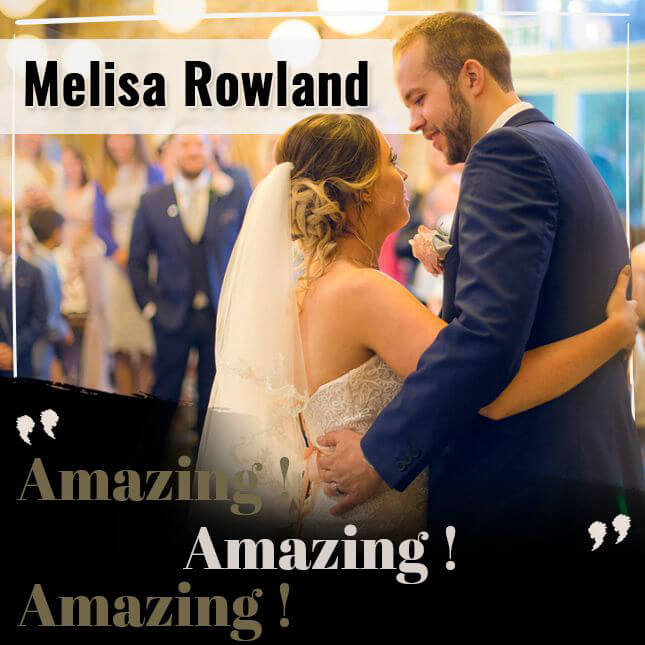